No one can tell a woman what is best for her and her baby ... waterbirth, homebirth, hospital birth, doctor, midwife, Unassisted Childbirth (UC) or cesarean surgery ... it is for her and her baby to know. The best we can do is support her to access, trust, and know her own inner wisdom and communicate with the Being within her - the One whose birth it is through her womb and the man. - Janel Mirendah, Attachment/Birth trauma therapist, Filmmaker of The Other Side of the Glass.

Watch It! (The Trailer)

It's just a bleep on the screen amidst the political fervor and financial crisis, but I saw a national news anchor, Brian Williams, say several weeks ago on the 6 pm news that the US has the worst infant mortality rates of any industrialized nation. He said it was in spite of the US having the best access to the best health care.

Above is another story on MSNBC and shortly after we have Washington and CDC reporting that the rates are down.

Who do we believe? When will the "crisis" of the day be the state of maternal health care and the obvious (death rates) and the ignored (birth trauma from non-necessary medical interventions)?

WASHINGTON — Infant deaths in the United States declined 2 percent in 2006, government researchers reported Wednesday, but the rate still remains well above that of most other industrialized countries and is one of many indicators suggesting that Americans pay more but get less from their health care system.

Infant mortality has long been considered one of the most important indicators of the health of a nation and the quality of its medical system. In 1960, the United States ranked 12th lowest in the world, but by 2004, the latest year for which comparisons were issued by the Centers for Disease Control and Prevention, that ranking had dropped to 29th lowest.

This international gap has widened even though the United States devotes a far greater share of its national wealth to health care than other countries. In 2006, Americans spent $6,714 per capita on health — more than twice the average of other industrialized countries.

Some blame cultural issues like obesity and drug use. Others say that the nation’s decentralized health care system is failing, and some researchers point to troubling trends in preterm births and Caesarean deliveries.

Many agree, however, that the data are a major national concern. More than 28,000 infants under the age of 1 die each year in the United States.

“Infant mortality and our comparison with the rest of the world continue to be an embarrassment to the United States,” said Grace-Marie Turner, president of the Galen Institute, a conservative research organization. “How can we get better outcomes?”
The data, collected by the Centers for Disease Control and Prevention, indicate that the nation’s infant mortality rate has been static for years despite enormous advances in the care given to preterm infants. Two-thirds of the infant deaths are in preterm babies.

Part One: The Other Side of the Glass: a Birth Film for and About Men officially released in digital download format on June 2, 2013. Go to www.TheOtherSideoftheGlass.com to purchase a digital download.

Men have been marginalized in birth for a long time. The old joke is that a man was sent off to boil water to keep him busy. I believe they were making the environment safe. Birth moved to hospitals and for forty years women were separated from their partners who was left to wait in smoke filled waiting room. Finally, he would see his baby from "the other side of the glass." Now a man can go in the birthing room and even get to hold his partner's hand during surgery. But they are still marginalized and powerless, according to the fathers I interviewed around the country.

Historically, birth has been defined by the medical establishment. The midwifery and natural birth movement now advocate for need "to educate and prepare men to protect their wife and baby" in medical environment. Seems logical ... if we process with the same illogic that got us here.

Through the voices of men - and doctors and midwives - men share heart-touching stories about how this is not workin' out. A man is also very likely to be disempowered and prevented from connecting with their newborn baby in the first minutes of life.

Now is the time for men to take back birth.

The film is about restoring our families, society, and world through birthing wanted, loved, protected, and nurtured males (and females, of course). It's about empowering males to support the females to birth humanity safely, lovingly, and consciously.

Donors, check your emails or email me at theothersideoftheglassfilm@gmail.com for info to download. Release on DVD is not planned at this date.

"The Other Side of the Glass" has the potential to open up feelings that have been denied and ignored for a very long time. How to heal the trauma of birth at any age will be addressed in the film. Meanwhile, these are pioneers in the field.

And, many, many more all over the world at www.BirthPsychology.com

In both relationships and life trust begets trust.
Generosity begets generosity.
Love begets love.
Be the spark, especially when it's dark.

--Note from the Universe, www.tut.com


"Everybody today seems to be in such a terrible rush, anxious for greater developments and greater riches and so on, so children have very little time with their parents. Parents have very little time for each other, and in the home begins the disruption of the peace of the world." - Mother Theresa

This is such important work. We are in the midst of a terrible trend of over intervention into birth, resulting in trauma and distress. Your films will show the core of the unexpressed pain for parents and for the baby.

Janel, I watch a lot of birth videos (my wife is a midwife and it seems to be some sort of professional obligation). Recently I have been horrified by what I see. Watching the previews you've had up recently has changed the way I understand what I am seeing. This is especially true around the parts dealing with, "What would it take to make an adult scream like that?" You have changed the way I think about, view, and evaluate births that I see and hear about. My feelings about the birth of my own children has changed. Really, my world has changed.
- Geoff. 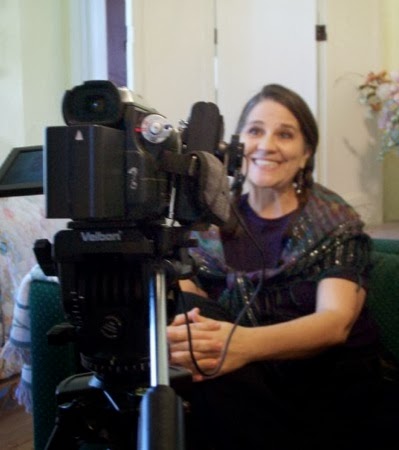 Janel on the radio

My old website in is available on an online cache. I am so grateful as I lost the website and data when I started the film.
Check out this page on self-attachment/breast crawl.

What people are saying

Wow, thank you for posting that. It brought a few tears to my eyes! The part where the doctor is "prying" the newborn out of the mother's arms... and she is so helpless, her legs open, just having given birth, naked... so disempowered in that moment with her own child that she worked so hard to grow and deliver!!

And I never realized how disempowered the fathers must feel too... very eye-opening in that regard. Pretty terrifying actually, and I'm glad I'm planning a home birth.

Although I will certainly make sure the midwife knows I want the baby with me, undisturbed, for quite a while, before she even thinks about doing anything like suctioning, weighing, etc...


Well, I finally had a chance to check out the trailer and .. wow! It's nice that they're acknowledging the father has more than just cursory rights (of course mom's rights are rarely acknowledged either) and it's great that they're bringing out the impact of the experience on the newborn, but I'm really impressed that they're not shying away from the political side.

They are rightly calling what happens in every American maternity unit, every day, by its rightful name - abuse. Abuse of the newborn, abuse of the parents and their rights, abuse of the supposedly sacrosanct ethical principal of patient autonomy and the medico-legal doctrine of informed consent, which has been long ago discarded in all but name. I love it!

In the immortal words of the "shrub", "bring it on!" This film needs to be shown and if I can help facilitate or promote it, let me know.

OMG'ess, I just saw the trailer and am in tears. This is so needed. I watch over and over and over as fathers get swallowed in the fear of hospitals birth practice. I need a tool like this to help fathers see how very vital it is for them to protect their partner and baby. I am torn apart every time I see a father stand back and chew his knuckle while his wife is essentially assaulted or his baby is left to lie there screaming.
Please send me more info!!!!
Carrie Hankins
CD(DONA), CCCE, Aspiring Midwife
www.mothersbirthright.com
720-936-3609

Thanks for sharing this. It was very touching to me. I thought of my brother-in-law standing on the other side of the glass when my sister had to have a C-section with her first child because the doctor was missing his golf date. I'll never forget his pacing back and forth and my realizing that he was already a father, even though he hadn't been allowed to be with his son yet. 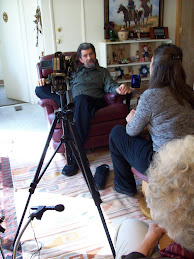 “Hold on a minute!” I said. “I want her to go to her mother.” I looked over at Sandy’s exhausted, filmy eyes and the look of panic on her face.

“No, we’re sorry,” they replied firmly. “Hospital policy.” Having proclaimed this, they strode purposely forward toward the door just to my left.

Quickly I stepped in front of them, blocking their way. “Hospital policy or not, I’m her father and she’s staying here!”

Suddenly it seemed time began to slow. Looking back, it seems almost like some sort of bizarre operating-room football game. The doctor, with my child tucked under his right arm like a halfback, decided he would simply ignore this irrational father, take a step to his right and scoot on past my left elbow and through the swinging door. I don’t know what he expected I would do, but I certainly know his eyes looked surprised when I made my move.

Continue to read the rest of Delivery Room Football 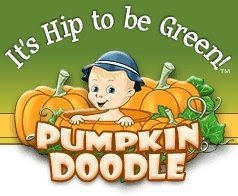 "The reason that ego and love are not compatible comes down to this: you cannot take your ego into the unknown, where love wants to lead. If you follow love, your life will become uncertain, and the ego craves certainty." 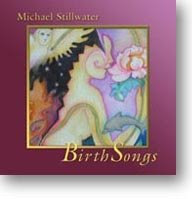 The Other Side of the Glass will feature original music by Michael Stillwater. Click picture to visit his site and purchase Birth Songs CD and see his other works.